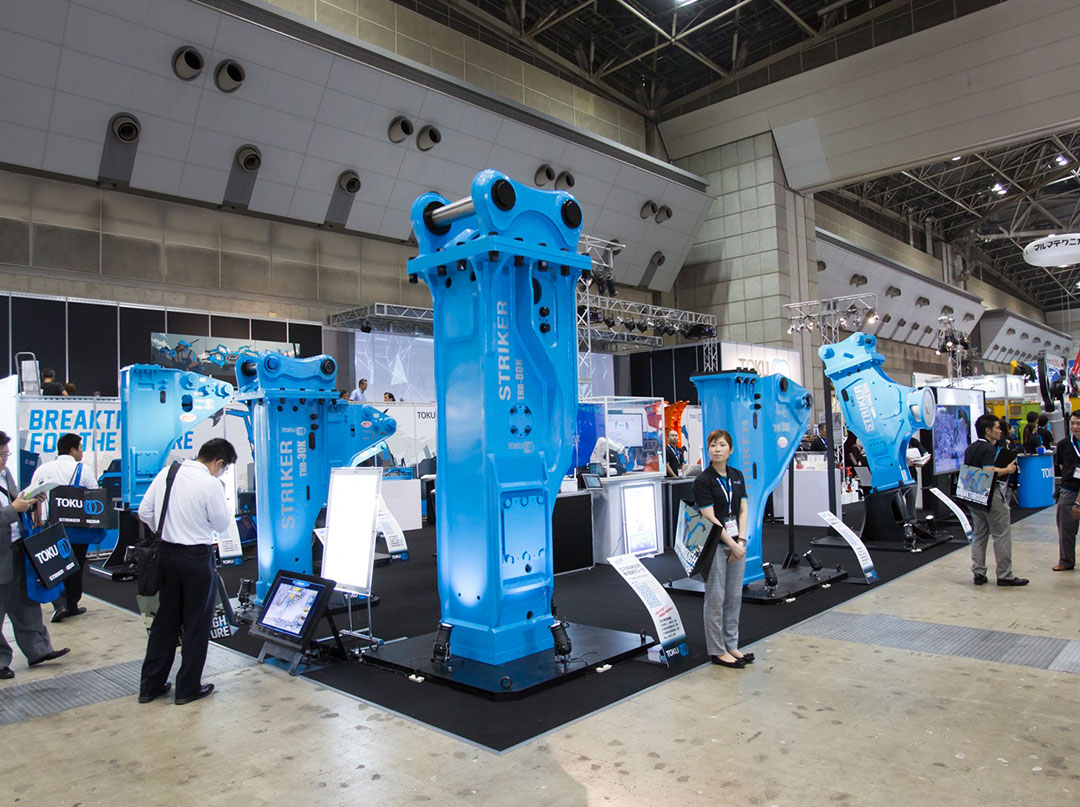 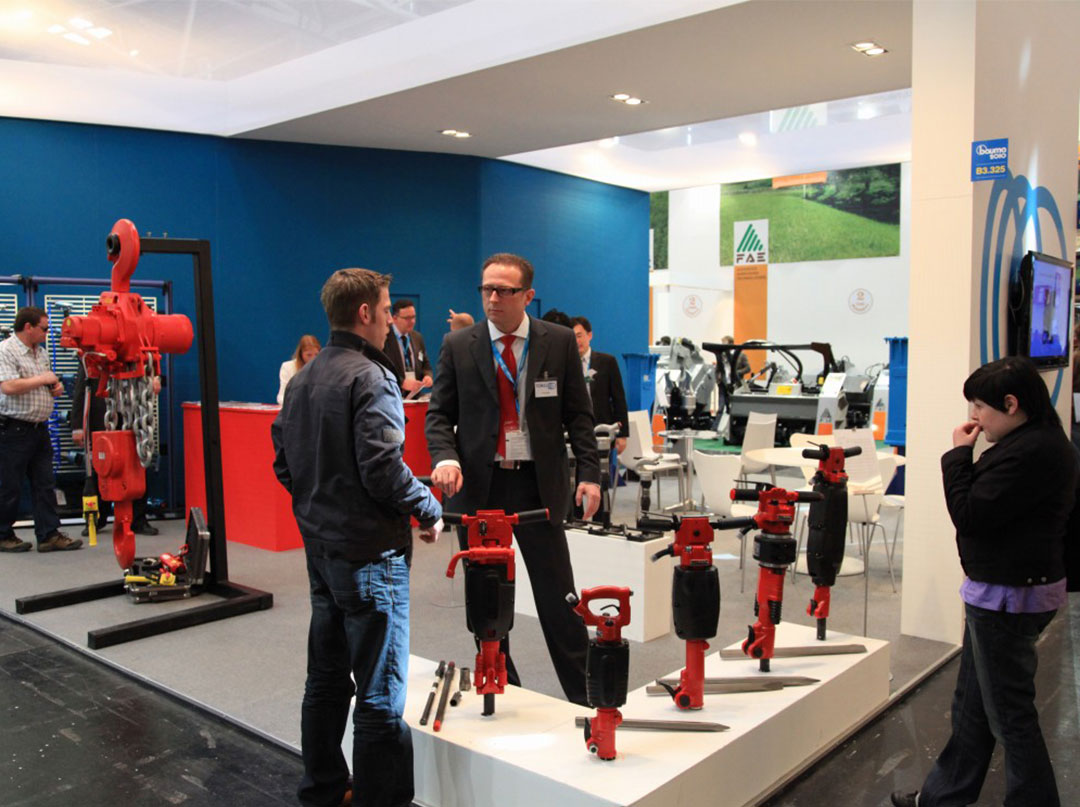 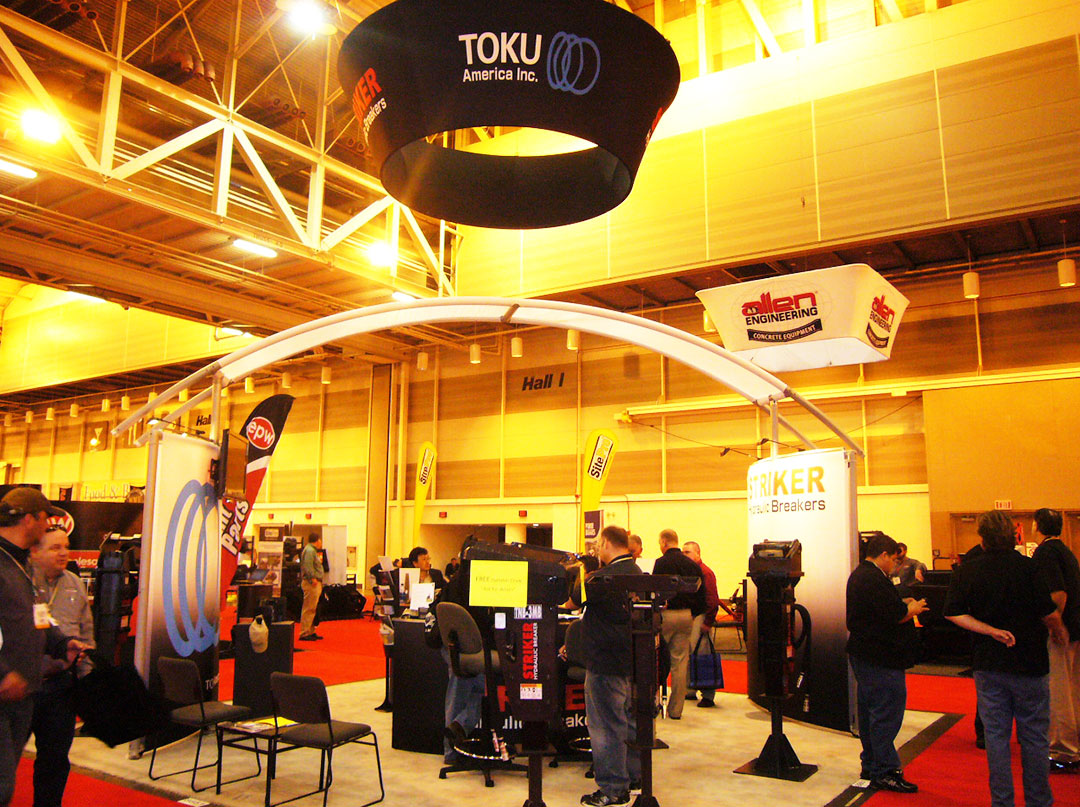 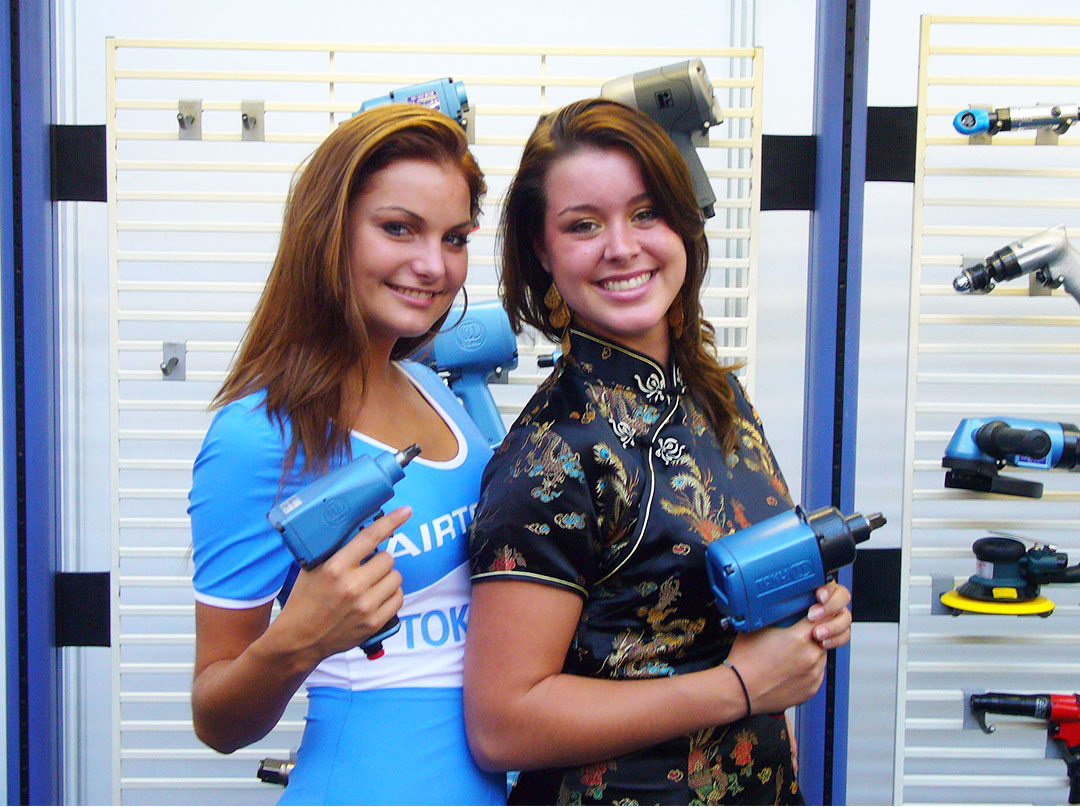 EXCON show from 25th-29th Nov 2009 EXCON show was held in Bangalore. It is the biggest construction machinery show in India. TOKU Hydraulic Breakers attracted Indian people as quality products from Japan and the show ran successfully for TOKU in growing market of India. Premier Silent and light type Box bracket of TNB-7E in India

In India the first silent and light type of box bracket on TNB-7E has been introduced in India. The test has been so far continued around 50 hours and the operation is successfully running. The principal of silent and light type has anti-vibration function as well on the breaker holding section inside box bracket. It is unique and efficient to reduce noise and vibration at the same time.

TOKU will exhibit products at Bauma 2010, which will be held from 19th to 25th Apr, 2010 in Munich, Germany. During this fair TOKU will dispatch many employees to welcome our visitors from around the world. TOKU considers Bauma fair to be one of the most important construction machinery show for TOKU's worldwide customers.

This is the 3'rd time TOKU will participate in this fair.
The main show Items will be Pneumatic air construction tools and a small hydraulic breaker.

Bauma China is the largest construction machinery show in Asia.
Our company, Shanghai TOKU will exhibit various Hydraulic attachments and our own product line of Hydraulic Breakers.

We participated in ConExpo 2008 and exhibited pneumatic tools.

World of Concrete 2008 in Las Vegas

We participated in World of Concrete held in March 2008 and exhibited pneumatic tools.

Thank you for all the people visited out booth.

We thank you for all the people visited out booth.

We thank you for all the people visited out booth.

Silenced and Anti-vibration tests have started in Japan

In April 2002 Shanghai-TOKU (Sales Company) was established for the purpose of expanding sales of hydraulic breakers in China.
The presence in China was an advantage to promote better service and to expand business throughout China.
After the Leeman shock in September 2008 the world economy became so weak but the Chinese market continued to expand while the industrialized nations continue at a slow economic pace.
Today Shanghai-Toku is becoming more predominant within TOKU's overseas business.
In April 2008 Shanghai-TOKU Manufacturing was founded as manufacturing company in order to increase the manufacturing of hydraulic breaker brackets and also to have more flexibility in manufacturing to meet local requirements and put more originality in their own products in Chinese market.